Commencing his career in the motion picture industry at 16, Russell joined GUO Wests Theatre in Adelaide as an Office Boy in January 1965. Not long after, he was offered a position as Assistant Projectionist at the Majestic Theatre in King William Street. Later becoming a Dispatch Clerk at United Artists, Russell quickly rose through the ranks to become a Booker at UA – remaining in the distribution side of the business for the remainder of his 50 year career.

In 1974 Russell worked briefly as a Booker at MGM BEF before joining Columbia Pictures as South Australia Branch Manager that same year. He held this position through the various distribution incarnations of Fox Columbia, and Hoyts Fox Columbia Tri Star, and was ultimately promoted to Southern Area Supervisor which, in addition to South Australia, encompassed Victoria and Western Australia.

With the closure of the Adelaide Branch Russell moved to Sydney in 1994 as Fox Columbia Branch Manager for NSW and South Australia. In 1995 he was promoted to National Sales Manager for Fox Columbia, and when Fox and Columbia split in 1996 he joined Fox, and would ultimately finish his career as National Sales Director with Twentieth Century Fox retiring in 2015. 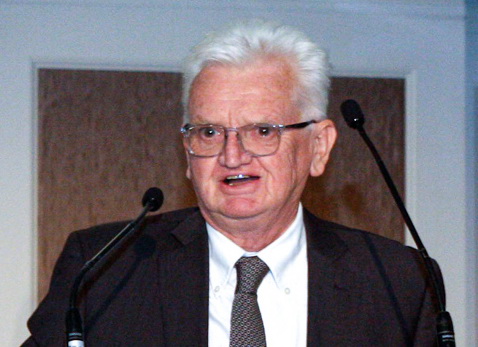 Throughout his stellar career, Russell has been involved in the Australian release of some of the most diverse and successful films including cult classics Rocky Horror Picture Show and The Gods Must Be Crazy, comedies Full Monty and There’s Something About Mary, family films from Blue Sky and DreamWorks, specialty titles including Sideways, Little Miss Sunshine and The Grand Budapest Hotel, Oscar winners including Gandhi and Birdman, various Star Wars titles as well as Alien and X-Men, and the out and out box office blockbusters Titanic and Avatar.