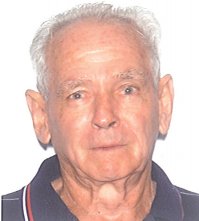 John has had an illustrious career in the Western Australian Cinema Industry spanning some 60 years.

He began his career in the Industry in 1951 in the Despatch Department at Metro Goldwyn Mayer in Perth. The following year, he moved to Paramount Pictures as a Despatch Assistant. Here he gained experience as a Film Examiner and Despatch Clerk before progressing through to the Advertising Sales Department to eventually become Head Booker for theatres throughout Western Australia in 1961.

In February 1969, after eleven years with Paramount Pictures, John resigned to take up the position of Licensee of the Sandhurst Hotel in Carnarvon, on the north-west coast of Western Australia. Then in November 1969 he was approached by Alfred Jarrett, the then Managing Director of Paramount Pictures, and was offered the position of West Australia Branch Manager, which he accepted. It was obvious that John’s real passion lay with the Cinema Industry. In a Press Release at the time, Alfred Jarrett said …

“he was pleased indeed to welcome back John Polmear into the Paramount fold, and believed that his long Industry experience equipped him ideally to manage the company’s interests in Perth.”

John returned to Paramount Pictures in January 1970 to take up the position of WA Branch Manager. Then in June that year, he was appointed WA Branch Manager for C.I.C. (Cinema International Corporation Pty Ltd), which was the merger between Paramount Pictures and Universal Pictures. The company was later to become U.I.P. (United International Pictures Pty Ltd) which, in addition to distributing product from the studios of Paramount and Universal, also obtained control of product from United Artists and Metro Goldwyn Mayer. As the WA Branch Manager, John worked closely with exhibitors from both the company chains and independents in programming, film booking, buying, session times, advertising
budgets, merchandising, promotions and media outlets, which included TV, radio and Press. John remained the West Australian Branch Manager for U.I.P. for 21 years, when in August 1991, he was transferred to Despatch Services Pty Ltd, where he remained until 1997. He then took up a position with Reading Cinemas as Administration Manager at their new complex at Mandurah, south of Perth.

John retired from managing Reading Cinemas in 1998 to live in Mandurah, but did not bow out of the Cinema Industry altogether. He had joined the Society of Australian Cinema Pioneers in 1977, and was elected Treasurer of the WA Branch in 1996. Then when Arthur Stiles (one of WA’s leading Cinema Pioneers, who held the position of President of the WA Branch of the Cinema Pioneers) retired in 2007, John was duly elected to the Presidency role. He still serves as both
President and Treasurer of the WA Branch today. In 1987, John was elected as a Trustee to the Board of the West Australian Motion Picture Benevolent Fund, becoming Treasurer of the Fund in 1989. Then in 1997, when the Benevolent Fund became a company limited by guarantee, John became a Director at that time. In 2006, John was awarded the “Life Time Achievement Award” by the Directors of the Fund.

In 1997, together with the late Col Porter, John received the United International Pictures “Achievement Award”. This was the first time this award had been presented outside the United Kingdom. Then in 2002, John was chosen as the WA Branch’s “Cinema Pioneer of the Year”.

“… an honour and privilege to be named National Cinema Pioneer of the Year for 2015, especially when you peruse the names of those who previously received this award.”