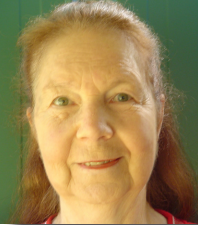 As Wendy’s interests had always been in the entertainment area, with Secretarial Diploma in hand and the need for employment looming, she set off for her Aunt’s house in search of a ‘phone (her family didn’t have one at home) and promptly rang every film exchange she could find in the phone book and asked if they might have any jobs available. She was rewarded the following day by a call from Warner Bros., who advised something had just become available and would she like to come in for an interview.

As it turned out, the job was not a secretarial one, but one of a typist clerk, but there was always the chance of advancement. What the hey, it was the Film Industry so on February 1, 1965 she promptly took the job.

Within a year she was secretary to David Keg, the Print and Release Manager, and thus began her first in a long line of bosses. That is not to say that she changed jobs frequently, rather that her bosses left her. In the 5 years at Warner Bros,Wendy went through 12 Print & Release Managers.

It was during her time at Warners that she realised another lifelong ambition – that of “treading the boards” — as Ron Steward introduced her to some friends of his who were starting up a drama group. A 10 year association with the Harlequin Players in shows such as “PRIDE &
PREJUDICE,” “PICNIC”, “ALL ABOUT EVE”, “STAGE DOOR” and “HIGH SOCIETY” gave range to what talent she possessed as they plied their trade in the St. James Playhouse in Phillip Street, Sydney.

She was to discover in later years that subsequent workmates such as John Politzer had actually been to see a couple of the shows (not necessarily because of her, but because they knew other cast members). Wendy’s association with Warner Bros. ended when Roadshow took over the distribution of Warner Bros.product and the majority the staff was retrenched.

Time out of the industry was short-lived for Wendy and ended with a call from United Artists enquiring whether she was still available, and if so, would she come and work for them please? What better invitation could one have? Luckily her reputation for getting rid of bosses had
not preceded her, and in December 1971, she became secretary to the Managing Director.

She describes her time at U.A. as great – the was job interesting, but the cockroach infestation from the lane below was even more so. Even their overseas visitors became accustomed to the sound of shoes striking walls to ward off the little blighters. A thorough fumigation finally cured the problem and it was on with the business of getting film out to the masses.

Wendy was on her 4th Managing Director (who had dubbed her the Mother Confessor of the office) at U.A. when John Reid, (who had recently left U.A. to head up the newly formed and named Greater Union Film Distributors) beckoned, and after 6 years at U.A., she found herself heading to GUFD.

It was while she was at GUFD that she had the fortune/misfortune of working for Allan Carr during all the hoopla associated with the release and promotion of “CAN’T STOP THE MUSIC”. It was an interesting time, shopping for his friends in a chauffeur-driven Rolls Royce, cruising the harbour, attending the premiere of the movie, sending his endless reports on the Royal Tour currently underway in Australia (Allan Carr was the official Royal correspondent for several U.S. publications).

This was in the days before email or fax, and she had to rely on telex machines and telex tape. John Hartman and Wendy stayed back in the office one night until well after 11pm sending those telexes for Mr. Carr. The tapes were so long they were used as Christmas decorations that year. Still, Mr. Carr had a sense of humour. Wendy remembers sitting around a table in the Hilton Hotel with him, several of the stars and GU co-workers, the morning following the premiere of “CAN’T STOP THE MUSIC”, and having him say that she hadn’t told him what she thought of the movie.

When she said that she had quite liked it and thought it was fun, he told everybody that “That’s quite a rave you know, because she’s very conservative”. A great contrast to the flamboyant and heated persona of Allan Carr was the quiet, gentlemanly nature of Edward Fox and though Wendy’s association with him was shorter than that with Carr, he was an absolute charmer.

Her days with GUFD were perhaps the most celebrity involved, from finding dog carriers for Molly the singing Dog, to giving Michael Palin an “Easter chook” (his words before he promptly bit the head off the poor unfortunate chocolate hen).

GUFD was winding down, both John Reid and John Hartman had departed (Wendy’s reputation for getting rid of bosses was intact), Roadshow was about to take over the distribution of GUFD’s product, when Fox Columbia and the chance of again working with John Hartman
beckoned. Wendy’s association with Fox Columbia lasted until they amalgamated with Hoyts, and again half of the staff was retrenched. At least she hadn’t gotten rid of any bosses this time.

With the film industry seemingly shrinking, Wendy despaired of being able to stay in the industry she loved so much. A temp job back with Fox Columbia the week after she left, followed by 2 weeks with the Motion Picture Distributors Association were to keep her hand in. It was
as she was finishing up her first week at the MPDA that she got the call from John Politzer at Greater Union, asking if she’d “like to come and have a chat about a job”.

After 25 years in film distribution, she was crossing the street and heading into exhibition. Wendy spent a wonderful 19 years at Greater Union, one of her main jobs being liaising with distributors and cinemas to organise preview screenings around Australia.

Still, all good things must come to an end, and in 2008, during a restructuring, at Greater Union it was determined that Wendy was surplus to requirements and so sadly she found myself out of the film industry after 43 glorious years.

She was lucky enough to find volunteer work for a Wesley Mission retirement home, which she loved, and only stopped when the home closed down and they had to find new homes for all the residents.

Many years ago, Wendy was invited to become a member of the Council of the Motion Picture Industry Benevolent Society of NSW, and although she is no longer “employed” in the film industry, it has been, and she still regards it as a great pleasure to continue in that capacity. For the past almost 20 years, Wendy has also been fortunate enough to hold the position of New South Wales President of the Cinema Pioneers. She states that it has been a joy serving in this role and although she recently handed over the reigns to “new blood”, she looks forward to many more years of camaraderie in this wonderful Society