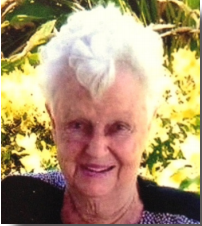 Joy is one of very few, if not the first nominee in Queensland, to come from the Film Distribution side of the Industry. Her early career was with a major Department store in Brisbane as Manager, Promotions and Public Relations. In that role Joy was elected President of the Institute of Sales and Marketing – an achievement listed as one of her greatest honours.

In the mid seventies, Manny Coe approached Joy to work with him at United International Pictures (U.I.P.).Among her many other responsibilities at U.I.P., Joy was privileged to rub shoulders with Brisbane’s elite and some of the big name movie stars of the time. She was responsible for looking after visiting stars like Kevin Kline – “Silverado” (1985), “A Fish Called Wanda” (1988) and “Fierce Creatures” (1997), The fourth James Bond, Timothy Dalton – “The Living Daylights” (1987) and “Licence to Kill” (1989), and Leslie Nielsen – star of over 50 films including “The Poseidon Adventure” and the “Naked Gun” films.

Joy attended not one, but two, International Movie Conventions – one in Manila and the other at the MGM Grand in Las Vegas. In conjunction with Pauline Parker, she is also credited with running successful Academy Award functions in various venues across Brisbane, with the actual Awards ceremony screening on a big screen throughout the event.

One of Joy’s most enduring memories is her involvement with the 50th Anniversary promotion of “Gone with the Wind” in the Brisbane City Hall. Everyone, including the then Lord Mayor Sally-Anne Atkinson, got into the spirit of the occasion and dressed in costumes of the period for an event to be long remembered by those lucky enough to attend.

Throughout her years at U.I.P., Joy made many friends in high places and certainly ruffled more than a few feathers with some of the promotional activities put she in place. She incurred the wrath of the then Mayor of the Gold Coast when she organised a promotion for the movie “Jaws”. A plane flying up and down the coast’s crowded beaches trailing a huge sign saying “Just when you thought it was safe to go back into the water” seemed to upset the Local Government Officials!!