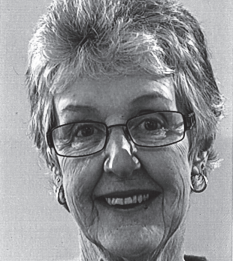 Pam’s earliest movie memory was when, at age five, her mother took her to the matinee screening at the Majestic Cinema in Kalgoolie to see “Blackboard Jungle”, starring Glenn Ford, who was one of her favourite actors. This was the start of her interest in movies and all they represented.

Pam’s working life in the cinema industry began in May 1981 with the Line Drive-Ins, when she was offered a position as cashier in the ticket box of the Skyline at Floreat Park. She found this work very enjoyable, as it was her first introduction to the many responsibilities and requirements in bringing the movies to the screen each evening. From managers, cafeteria staff and projectionists experiencing many anxious moments, to the car hops removing would be “non paying” patrons from the boots of cars or the backs of utes – these arriving (with back axles almost on the road with all the extra weight) among the often huge line up of vehicles winding right up the Boulevard, a major road through the suburb of Floreat Park, to our ticket box.

These situations always provided many hilarious (and sometimes tense) moments, but the staff all worked together to make sure the patrons were not disappointed in their night out at the fondly remembered Drive-In movies. Pam continued in this position until the Drive-In closures in 1984.

Then, in early-1985, City Theatres Administration Manager, Charlie Sims, invited Pam to join their staff as a senior in the Candy Bar at Cinema City in Perth. She accepted the offer and remained in that
position until 1993. Her first night in a candy bar as the Senior Supervisor was the Saturday night sellout screening of “Crocodile Dundee”. Other cinemas were also screening movies that had intermissions – some of which coincided with the arrival of the “Dundee” audiences. Quite an experience for Pam.

“In those days we did not have computer controlled cash registers”, recalls Pam. “The Candy Bar staff were required to do all transactions manually, and the cash was kept in trays under the counter. Suffice to say it was an amazing procedure to witness and be part of, along with the hundreds of patrons. We had no time to stop and panic – just get on and do it, which we did, from the cashiers downstairs, usherettes and doorman, to the hard working, fun loving juniors of the day. Their
ages ranged from 14 to 17, and included the delightfully challenging Todd Stiles and later the brightly bombastic Dan Crack – both of whom continue to work in the Industry in management positions today.”

During this period, Hoyts acquired the Cinema Centre, and Pam’s employment continued happily with that company until 1993, when the Grand Theatre Company opened a new 8 screen complex at Warwick in September that year. Then the General Manager, Allan Stiles, offered Pam a position as Senior Supervisor in the Candy Bar, which she gladly accepted.

She continued with the Company in that position throughout its exciting period of growth – redeveloping the complexes at Joondalup and Whitfords, and constructing new cinema complexes in Bunbury, Currambine and Armadale. This expanded Pam’s role at Warwick to include the progressive training of Candy Bar Managers and Supervisors, setting up the new Candy Bars, and the introduction of new stock lines and stock take systems. She remained with the company until her semi-retirement in September 2004.

Then in 2006, she was invited to return to Grand Theatres to work when required as a stock take advisor and overseer for the Candy Bar Managers at all the company’s seven cinema locations, including the Cygnet Cinema in South Perth. She continued in this rewarding role until her full retirement in July 2016.

Pam’s career is what she describes as “this amazing and challenging Cinema Industry” has spanned thirty six memorable years. She became a proud member of the Australian Cinema Pioneers in 2001, and continues to enjoy the benefits and movie outings with her family and friends.