Most Projectionists toil away out of the public gaze, but not our QLD Cinema Pioneer of the Year for 2018.
Uniquely, Ben would go on to not only find himself the projectionist, but at the same time the Theatre owner and also appearing on screen in a film he was screening. And it all happened in what the local Historical Society believes is the longest continuously running Cinema in Queensland – We’d like to hear from anyone who can claim better than that!

Ben De Luca’s story begins in 1950 when he rode his bike eight miles to work at the Tivoli and Grand Theatres in Bowen, North Queensland. He probably didn’t realise it then but those early years would be the beginning of a 68 year career in the Queensland Cinema Industry. 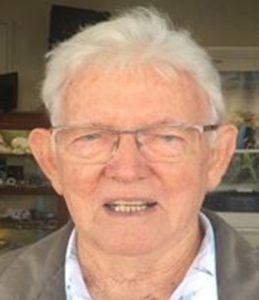 1951 saw Ben start at the new Summergarden Open Air Cinema, which opened just down the road from where he lived. This was surely ‘manna from Heaven’ for Ben because now he didn’t have to ride that bike to work. Eleven years later on 4 May 1962, following the Theatre’s owners decision to sell, Ben took the plunge and bought the Summergarden in partnership with Clive Bauer. Owing to the untimely passing of his business partner, Ben and his wife Phyl continued on running the Theatre.

In the early 1970’s, Australian country music legend Slim Dusty suggested a live performance stage be built. Many great Australian and Overseas artists, including Slim’s daughter Ann Kirkpatrick and wife Joy McKean, have performed on “Slim’s Stage”, as it became known, and continue to do so to this day.

1977 saw a residence was built on top of the Summergarden and the De Luca’s moved in with daughters Sandra and Kerry. Around that time the Summergarden became known as “Ben’s Baby”.
‘Ben’s Baby” played a major role in“The Slim Dusty Movie” in 1983. The largest single segment was filmed in and around the Summergarden with Ben and his daughter Sandra appearing as extras. Ben appearscleaning the Theatre’s lights while many ‘Bowenites’ make an appearance reclining in the canvas seats in the concert scenes. 1995 saw “Ben’s Baby” become an air-conditioned Twin Cinema.

In 2007 Baz Luhrmann and the very talented Catherine Martin arrived to make the movie “Australia”. Bowenwas the location chosen for a third of the production portraying the wartime Darwin waterfront. During filming, the town embraced the “Bowenwood” tag painted on the town’s water tank. On 18 November 2009 “Ben’s Baby”, jointly with three other venues, screened the World Premiere. “Australia” went on to gross over $200 million at the box office.

Along the way Ben mixed with the greats of the entertainment world such as the Dustys, the Luhrmanns, the talented production crew, the Jackmans, the Kidmans, the great people from the Exhibition side including Distribution staff, the Technicians such as the Brosnans and the Colemans.
All have provided Ben and family a rewarding and happy journey.