David Kilderry enjoyed attending cinemas as early as he can remember. His local cinema in Reservoir was Cinema North which included a crying room and some of his earliest cinema memories are from this private glassed in viewing room at the rear of the theatre thanks to his noisy younger brothers and sister. The family also attended local drive-ins of which there were four close by including the very large Village Northland Twin.
At around the age of 12 David’s father finally allowed him to look at some 35mm film that was stored in the garage. These old newsreels and silent excerpts fascinated him from that very first day. Standard 8mm then Super 8mm and 16mm projectors and films were all acquired over the next few years. It became apparent that a career in film projection was his calling. 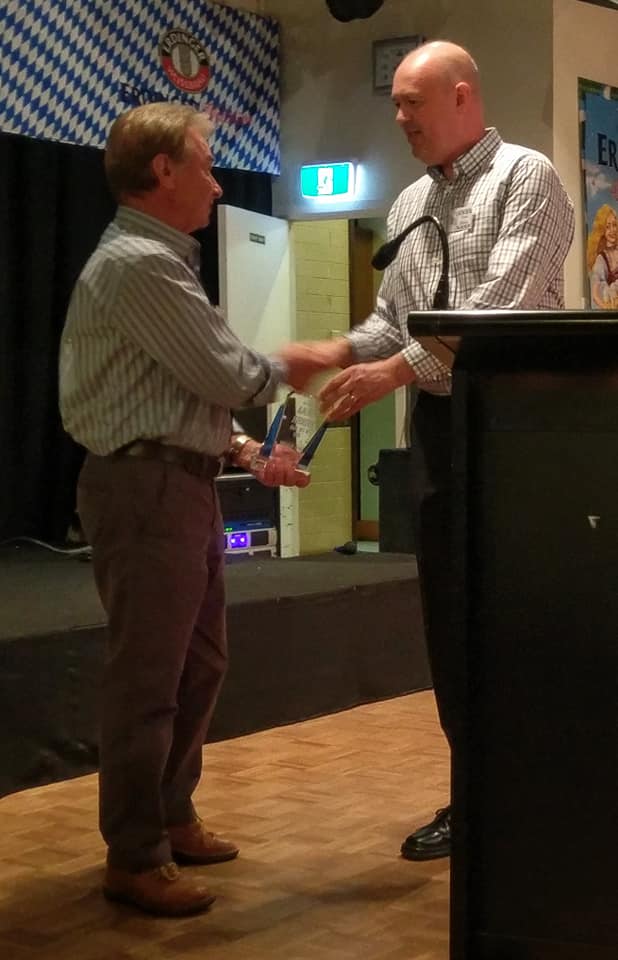 Despite applications to cinemas all over Melbourne positions as an assistant projectionist were hard to find. Hoyts offered some work at their drive-ins, but commuting across the city late at night was not an option for a 15 year old. Finally through a friend, David was invited to train at Greater Unions city theatres thanks to Bob Costello and his family. Before long this 16 year old was picking up weekend shifts at the Forum, Bercy and Russell as many of the other assistant projectionists wanted the weekend shifts off. This fit in very well with school studies.  After the completion of his schooling David attended the RMIT 35mm Projectionist course.  He had been made full time at Greater Union and thoroughly enjoyed the work and studies. Greater Union in this era had modern projection equipment and sound systems and many long running seasons of blockbuster films, often in 70mm.

After gaining his 35mm projectionists licence David was initially granted a special projection permit that allowed him to operate at GU’s Melbourne cinemas as he had not reached the required age of 20. During this period ‘Back to the Future’ was enjoying its 12 month run at the Forum and before long David and assistant Glenn Antony could recite almost every word. The Forum was a magnificent cinema to work in and to this day remains his favourite of the dozens he has worked in.

With the closure of the Forum, many projection staff were made redundant at GU, and despite being offered a role as an assistant, David was lucky to secure a position with Hoyts. The role at Hoyts included relief projection shifts across the Hoyts city cinemas, suburban cinemas and the drive-ins. He also worked in the Hoyts Melbourne Head office theatrette and in the maintenance dept. This provided a great grounding in both the people and ways of the company that differed significantly from Greater Unions operation.  One day David was called into a meeting in head office, whilst a little concerned, it soon became apparent that he was in good company with the other three experienced projectionists that were also there waiting. A trip to the board room soon revealed that Hoyts were planning the first Australian suburban multiplex at Chadstone and that he and the others had been chosen as part of the opening projection crew. The last few years had seen most cinema operations contract due to the introduction of the VCR and other factors, but from the moment Chadstone opened its doors in December 1986 the crowds were back. Two great years were spent at Chadstone before David transferred to Hoyts Northland for a further 5 years. During much of this period the Hoyts dispute was in full swing and with hindsight both the Union and Hoyts made errors as they negotiated towards a more sustainable operating structure for the multiplex era. In 1994 it was mutually decided by David and Hoyts that it would be best is he furthered his career elsewhere!

During his time at Hoyts, David also ran a 16mm school holiday cinema at the Bayswater community centre. These family orientated 16mm screenings gave him some real hard and fast experience of the vagaries of being a cinema operator. Despite some initial financial dips, the operation turned into a solid success that ran for some years.  Around this time he also expanded an interest in coin operated amusement machines along with his brother Matthew and formed the company, Chicago Amusements, that supplied pinball machines, video games and juke boxes to amusement centres, hotels, sports clubs and shops across Melbourne. This business continued to grow and fitted in well around the shift work of the projectionist job.

After leaving Hoyts, David secured a position as projectionist with Village and although offered a permanent location, he chose the relief projectionist option, as he’d learnt from his experience at Hoyts that this was the best way to learn about the various locations and people in the company. A couple of years later Village were keen to move forward with increased productivity across their cinemas, but had the advantage of learning from Hoyts’ experience. Village moved to a structure that included a Technical Manager located at each cinema. With the rollout of this structure David was appointed Co-ordinator of the Victorian Technical managers. This role led to his appointment as State Technical manager and not long after the National Technical Manager role. The experience of working in Village head office exposed David not only to a broader understanding of cinema operations from all aspects, but also to recruitment, human recourses’ finance and many other aspects. Village encouraged training and exposure to all areas of their operations. In addition to his technical position presiding over the technical operations of Village Cinemas, he was involved in recruiting, human resources, cinema operations management, supervising Coburg Drive-in and other locations, working with media, conducting training within the company and hosting various business partners and international guests and even being a weekly radio film reviewer for Bruce Mansfield on his radio show. David also appeared regularly on Film Buffs Forecast with Paul Harris and in various cinema and drive-in documentaries and news stories over the years including the recent Foxtel programme Saturday Night At The Movies.

Ever since he started charging 5c admission for Super 8 movie screenings at his sister’s birthday parties, David had wanted to run his own cinema. Various opportunities had presented themselves over his career to this point but for various reasons they had not been the right option.  David left Village in 2003 for the Lunar Drive-in Dandenong which his brother Matthew had rebuilt and reopened the year before with partner Anthony Madigan. Whilst he thoroughly enjoyed his time at Village he swung all his energies and experience into helping make the drive-in a success. The early years were tough with finances tight and constant refinement was required to programming, marketing, pricing, food offerings and general operations in order to find out how to make a drive-in relevant to the modern audience. David has always been a keen cinema historian and through his research believes strongly that the lessons from our past can be harnessed in order to improve the way we do things in the future. Business slowly improved but every dollar was put back into expanding the drive-in. David and Matthew bought out their partner Anthony in 2010 and again changed the way they operated and added a fourth screen. Through this constant innovation the Lunar Drive-in Dandenong is today the largest and busiest drive-in operating in Australia. It operates 7 nights per week and employs 60 staff including 5 managers and can often host over 2,000 customers on a busy night. 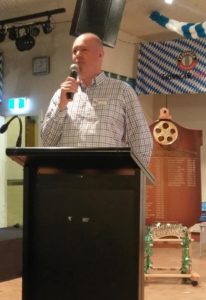 As he enters his 38th year in the cinema industry, David would like to thank his wonderfully supportive wife Catherine (a former Hoyts manager), who along with his sister in law Tilly Kilderry and Matthew, help form the executive team at Lunar Drive-in. If it wasn’t for the generosity of so many he has worked with over the years answering his constant questions on every aspect of this business he would not have been in this position today. There have also been many wonderful industry people met during his long involvement with the Australian Society of Cinema Pioneers. This association culminated with David being named 2011- 2012 Victorian branch president. The opportunities and direction given to him by the projectionists at Greater Union, the camaraderie and leadership shown to him by many of his colleagues at Hoyts, and the generous and inspiring sharing of knowledge and friendship by all those at Village, have been enormously appreciated