The 86th Anniversary Dinner of the Pioneers Society took place on 28 November 2019 at the Swissotel Hotel, Market Street, Sydney attended by 170 members and guests. 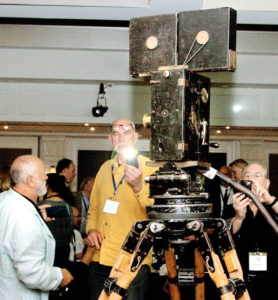 Highlights of the evening included celebrating the success of four Australian films at the box office: Top End Wedding, Palm Beach, Storm Boy and Ride Like a Girl.  Seen below, Rosemary Blight, Heather Mitchell, Matthew Street and Martin McGrath represented the films and spoke briefly  about them.

Martin McGrath, the cinematographer of Ride Like A Girl also unveiled the camera that photographed the 1896 Melbourne Cup and footage from that race was shown which Martin “called”. 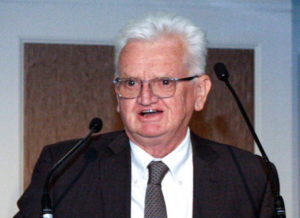 Tony Buckley was also congratulated for his production, At the Coliseum Deluxe.

Given Certificates of Appreciation by outgoing National President Tim Read, for a combined total of 63 years service to the Society on the National Executive Committee and as former National Presidents were Alan Rydge, Murray Forrest and Tom Jeffrey. 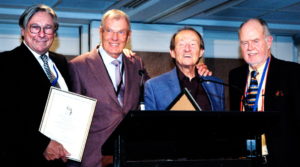 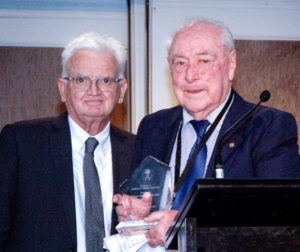 Russell Anderson was introduced and spoke as National President for 2020-2021.

And Ron Reynolds received the National Pioneer of the Year Award presented by Russell Anderson.