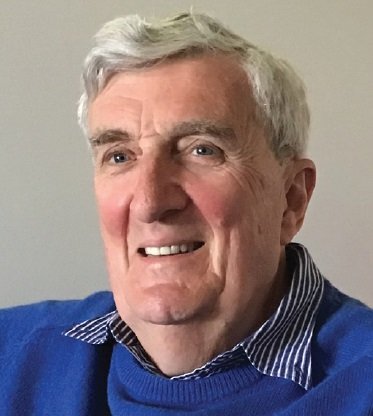 Maxwell Reddin’s love of movies started the day his Mum took him to see “Snow White” at the Plaza Theatre.

He was 3 years old and immediately fell in love with “the picture business’ as it was then known. His father, Keith, was the accountant at Paramount Pictures, and many Saturday mornings were spent in the office soaking up the atmosphere of an exciting world
of make believe.

Some years later – after television arrived – his Mother took on a weekly tenancy of the Fiesta Theatre in Scarborough and the Innaloo Gardens and Max’s first job, as the “Ice cream” boy, set up the embryonic idea of a career. After leaving
school Maxwell was employed in a clerical position with a transport company and worked nights as doorman at the Premier Theatre in East Perth.

Following a short stay in Melbourne he returned to Perth where he was offered the Programming and Advertising Manager position with a group of companies operating under the banner of Consolidated Theatres. Programming films for one metropolitan Drive-In (The Wirrina in Morley) and eight country locations ranging from Carnarvon in the north, Albany in the south and Kalgoorlie in the east gave him a thorough knowledge of the workings of a rapidly changing industry.

Office work was however not his forte, and when an offer came from Lionel Hart to Manage the Liberty and Savoy Theatres in Perth he accepted instantly.

The years working for Lionel were a rollercoaster as he was somewhat eccentric, but a very shrewd business man who negotiated an exclusive deal with Columbia which saw major films like “Lawrence of Arabia” “Funny Girl” “Guess Who’s Coming to Dinner” and “To Sir with Love” making an impact on Perth. It was also the start of a long-term association with Colin Garrity from Columbia known as the promotions king of Perth. 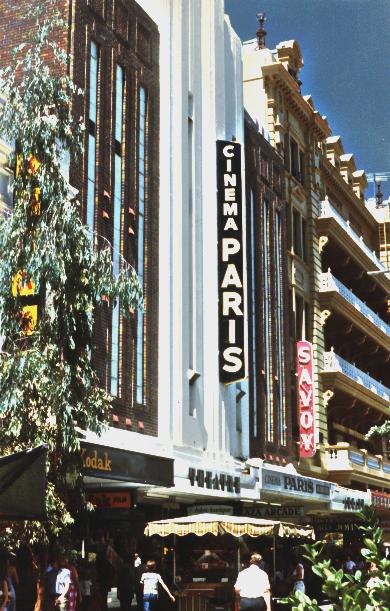 In 1970, Les Ingram, then West Australian Manager for Hoyts, offered Maxwell a chance to manage the Paris Theatre. This led to an almost 20-year association with the company. Many changes saw the opening of Cinema 1 in City Arcade, Perth, lost the majestic Ambassador Theatre to be replaced by Cinema 2 which was later twinned to become Cinemas 2 and 3 and then later another screen added – in the neighbouring but deserted Lounge area of the Theatre Royal- which became Cinema 4.

After Les Ingram’s retirement, Maxwell was promoted to West Australian Manager, a position he held for 10 years before transferring to the Sydney based Head Office as Theatre Operations Manager. His time in Sydney was dominated by the rapid expansion of multiplexes and the associated industrial problems. This difficult period culminated in the restructuring of many executive positions in Head Office.

Over all the years of the excitement of a Premiere, the love of seeing a “House Full” sign, the movies that didn’t work, the ones that
shouldn’t have worked but went gangbusters, the rivalry between Hoyts – City Theatres- Metro and in later years, ACE made it a job
that invoked envy. And then of course, meeting “Movie Stars” and a whole bunch of “Who was that?” would be actors.

Maxwell resigned from Hoyts in March of 1989, and as “home is where the heart is” returned with his family to Perth where in partnership with his wife Diana successfully opened and operated a video library and then a Dymocks Bookshop which they built into an iconic Subiaco landmark.

In an era of friendly competition and cooperation three things from Maxwell’s time in the film industry stand out:
As a child attending the annual picnic at the Young Australia League site at Araluen, a day where the entire industry was invited to a family get together with 1950’s competitions and races with Charlie Baker, Universal State Manager, always taking on the role as compere for the day. 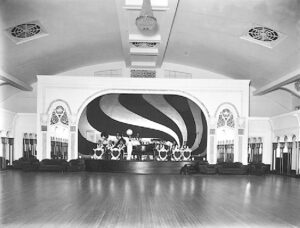 The Embassy Ballroom in Perth

The annual “Movie Ball” held for many years at the Embassy Ballroom and then moving after the demolition of the Embassy to Canterbury Court and finally to The Entertainment Centre. As a kid and even into adulthood, the spectacle of the Logues being decorated with all the pizazz of Hollywood to the delight of all who attended.
And attending the annual “Reelers” dinner which has since been replaced by the Cinema Pioneers luncheon.

During his years as Western Australian Manager for Hoyts, he was a trustee for the WA Benevolent fund and for 6 years the Treasurer of the WA Exhibitors Association.

Retirement and a bout of ill health has given Maxwell the chance to indulge in his movie passion with a vast array of DVDs and Blurays at home and the occasional visit to local Multiplexes, and a long-held desire to write.
He is now deeply involved in writing his second book. The first, published in 2015 is still available, not in a remainder bin, but through the American Publisher.

A lifetime in entertainment- what could have been better?